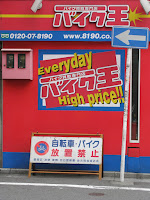 Economic incentives are the glue holding the cryptosphere together. The security of Proof-of-Work blockchains depends upon the cost in hardware and power of an attack being more than the attack could gain. The security of Proof-of-Stake blockchains depends upon an attack reducing the value of the stake. There are economic incentives for market manipulation, pump-and-dump schemes, rug pulls, front-running and many other market behaviors. These are all very effective, but in this post I look at what appears to be a glaring exception to their effectiveness.

Permissionless systems are less efficient, slower, and vastly more expensive to set up and operate than permissioned systems performing exactly the same task. One would think that the permissioned systems would out-compete them, but in the cryptosphere they don't. Below the fold I attempt to answer the following obvious questions: The answers to these questions show that Prof. Angela Walch is correct when she writes:


the common meaning of ‘decentralized’ as applied to blockchain systems functions as a veil that covers over and prevents many from seeing the actions of key actors within the system.

Below the fold I point out how she is shilling for the cryptosphere, with a long list of excuses for inaction.

Binance's Time In The Barrel

The bulk of last month's Dominoes was about Binance, the dominant unregulated cryptocurrency exchange, and the risk that in the wake of FTX's collapse it might be the next victim of cryptocurrency contagion. Just as happened with FTX, once the media picked up on reports of problems, further stories came thick and fast. So below the fold are updates on two of the problems facing Binance.

Sam Bankman-Fried's implausible PR strategy since his companies collapsed has been to claim that he "f**ked up", that it was simply a mistake and no-one had evil intent. Matt Levine has a post-FTX postscript to The Crypto Story entitled How Not to Play the Game providing a somewhat less implausible explanation. Below the fold I explain why Levine is still too generous to SBF.