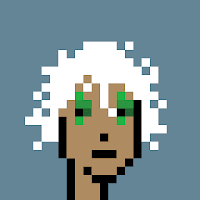 Robert McCauley explains Why bitcoin is worse than a Madoff-style Ponzi scheme and it is a must-read. Below the fold, discussion of some of his key points.

In 2018's DNA's Niche in the Storage Market, I addressed a hypothetical DNA storage company's engineers and posed this challenge:

Now, Scaling DNA data storage with nanoscale electrode wells by Bichlien H. Nguyen et al shows that the collaboration between Microsoft and U. Washington has made significant progress toward this goal. Their abstract reads:


Synthetic DNA is an attractive medium for long-term data storage because of its density, ease of copying, sustainability, and longevity. Recent advances have focused on the development of new encoding algorithms, automation, preservation, and sequencing technologies. Despite progress in these areas, the most challenging hurdle in deployment of DNA data storage remains the write throughput, which limits data storage capacity. We have developed the first nanoscale DNA storage writer, which we expect to scale DNA write density to 25 × 106 sequences per square centimeter, three orders of magnitude improvement over existing DNA synthesis arrays. We show confinement of DNA synthesis to an area under 1 square micrometer, parallelized over millions of nanoelectrode wells and then successfully write and decode a message in DNA. DNA synthesis on this scale will enable write throughputs to reach megabytes per second and is a key enabler to a practical DNA data storage system.

Below the fold I discuss the details.

I was invited to present to the TTI/Vanguard Conference. The abstract of my talk, entitled Can We Mitigate Cryptocurrencies' Externalities? was:


Bitcoin is notorious for consuming as much electricity as the Netherlands, but there are around 10,000 other cryptocurrencies, most using similar infrastructure and thus also in aggregate consuming unsustainable amounts of electricity. This is far from the only externality the cryptocurrency mania imposes upon the world. Among the others are that Bitcoin alone generates as much e-waste as the Netherlands, that cryptocurrencies enable a $5.2B/year ransomware industry, that they have disrupted supply chains for GPUs, hard disks, SSDs and other chips, that they have made it impossible for web services to offer free tiers, and that they are responsible for a massive crime wave including fraud, theft, tax evasion, funding of rogue states such as North Korea, drug smuggling, and even armed robbery. In return they offer no social benefit beyond speculation. Is it possible to mitigate these societal harms?

The text with links to the sources is below the fold.