Bryan Alexander reports on a talk by Xiaolin Zhang, the head of the National Science Library at the Chinese Academy of Sciences (CAS), on the future of research libraries.


Director Zhang began by surveying the digital landscape, emphasizing the ride of ebooks, digital journals, and machine reading. The CAS decided to embrace the digital-first approach, and canceled all print subscriptions for Chinese-language journals. Anything they don’t own they obtain through consortial relationships ...

This approach works well for a growing proportion of the CAS constituency, which Xiaolin referred to as “Generation Open” or “Generation Digital”. This group benefits from – indeed, expects – a transition from print to open access. For them, and for our presenter, “only ejournals are real journals. Only smartbooks are real books… Print-based communication is a mistake, based on historical practicality.” It’s not just consumers, but also funders who prefer open access.

Below the fold, some thoughts on Director Zhang's vision. 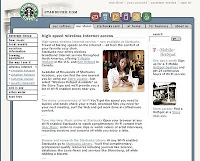 Almost a decade ago, Vicky Reich created this fake Starbucks page to illustrate the fate awaiting libraries without collections that saw their role simply as purchasing agents for subscription content. Even if it succeeded in competing with Starbucks, such a library wouldn't be a research library; nothing would distinguish it as a venue for research. In countries that are negotiating access to subscription content for all their institutions centrally, or even for all their citizens, or if the Max Planck Institute's plan for open access succeeds, the library's role as providing access goes away. Director Zhang sees this clearly:


Chinese faculty now see the library’s main role as that of a buyer and archive maintainer. Yet libraries have outsourced collections, either deliberately or by the rise of the web. Libraries now hold on to a diminishing part of scholarly knowledge. Moreover, director Zhang observed that his library’s foot traffic has been declining – and he helped make it happen, by making an aggressive shift to the digital world. Which led him to ask a dangerous question: are libraries losing the right to be research libraries?

His answer was that libraries need to evolve:


To begin with, the library needs to embed itself more deeply in the research and development process. Researchers need to do environmental scanning, trends and path analysis, data management and analysis, content distribution, identifying emerging topics, mapping trends, technology scanning, competition analysis, R+D exploration + discovery, and more. Xiaolin urged us to repurpose libraries to directly support these needs. Put another way, an analytical platform should be at the center of research libraries.

Researchers clearly need these capabilities, but what advantages does a library at an individual University, or even a single national library, have in delivering such a platform to researchers? The key requirements for success are:
The increasing returns to scale economics of the Web mean that there is going to be one big winner in this race, not one big winner per University, or per country. The language barrier may lead Director Zhang to believe that there will be a winner for China, as Baidu has been in search, but that is a bet against the progress of machine translation. So I doubt that in the long run Director Zhang's prescription:


First, libraries need to build out their data analysis capacity. Second, they should create customized information environments for researchers.

will work to keep University libraries, or even most national libraries, as true research libraries. Nevertheless, I applaud the efforts he is making:

These are all things a national library should be doing, but note how difficult they would be for an individual University library. For almost all these libraries, remaining a research library rather than just a generic campus service requires distinguishing themselves from the herd. They aren't going to do that by layering services on top of content to which everyone has access, because they will lose the competition with companies and, Director Zhang hopes, national libraries in those spaces. The only way to do it is to have unique content on which to base unique services. In other words, collections.