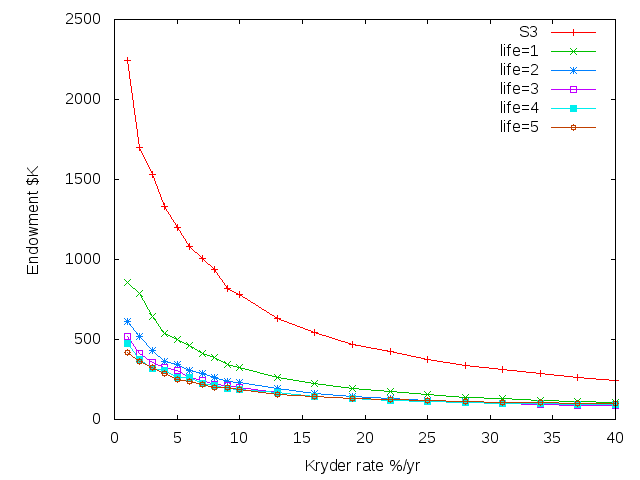 just to point out that it looks like these Backblaze drives are consumer/home HDD's not server class. Also, Backblaze recommends Hitachi over Seagate in the article.
Great article though!

Microsoft just matched Amazon's price cut. Basically, I think what is going on is the big players signaling to each other that (a) they are players and (b) they don't want a price war.

The Register's article includes some quotes from Jerome Lecat of Scality making the same point I've been making about the slow price drop in Amazon's (and other suppliers') prices: "That’s a 10 per cent annual decrease. It is serious decrease, but not quite as impressive as they make it sound."

Rackspace just cut prices for both bandwidth and storage in their S3 competitor. It looks like they're still more expensive than Amazon.

Sorry to be reviving a "zombie" comment thread, but I was wondering if you could point me to more recent work in this vein? I'm finding I have to combat the glib assumption that digitization is always the "golden ticket" to saving long-term storage costs. I work with a non-profit group (https://archivalresearchers.org) that presents our POV to lawmakers. I'm particularly interested in very large archival document collections, many of which normally have rather low usage. Also concerned with the costs associated with "rich media" digital storage, such as stills, audio and moving images.

Steve, since I retired in 2017 I'm a full-time grandparent so I haven't been writing much on storage cost issues. You can find everything I have managed to write with this search.